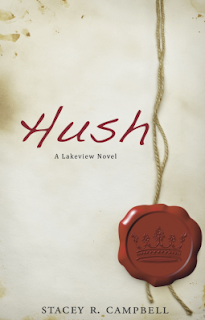 Published by: Green Darner Press
Release date: 23rd January 2013
Series: Lakeview #1
I got it from: NetGalley


Goodreads summary:
For small-town girl Blakely Henry, any hope of finding her biological parents died when she stopped believing in fairy tales and Disney princes. That is, until she spots her boarding school’s new British exchange student, Max Ryder, staring at her. Why would a boy who looks like he stepped out of the pages of a magazine be looking at her? Because Max knows something Blakely doesn’t.
Following the tragic demise of one of Europe’s most beloved royal families, Max has stumbled upon information he thinks may lead to a lost royal heir, and now he is on a quest halfway around the world to see if he’s right.
Sworn to secrecy by his university professor and the headmaster of Lakeview Academy, Max is admitted into an exchange program with the sole purpose of finding out the truth. But will his personal feelings for Blakely get in the way?
When a stolen email surfaces, Blakely and her friends’ lives are threatened, and Max starts to question what he is really after.
From the exclusive rolling lawns of Canada’s most prestigious boarding school to the University of Saint Andrews’ hallowed grounds, Blakeley’s quiet, unassuming life is turned upside down. Is she really who she thinks she is? Can she survive long enough to help Max unearth the truth?

My review:
I think I'm getting too used to reading New Adult and enjoying the maturity, because when I started reading Hush I couldn't believe how totally Young Adult it is. For starters, the fact that the author has just invented a new country in Europe, complete with glamorous royal family that Americans are obsessed with, took a lot of work to get my head around. If I was American it would probably be easier to take, but being English and knowing Europe pretty well, the concept of a make-believe country was hard to accept. Follow this up with the journalism student being sent from Scotland to Canada, to investigate a possible princess? Beyond far-fetched. Having said that, I determined to give it a chance, to put my 'blind acceptance' hat on, and I wasn't sorry.

Hush is a bit of fun. A lost princess, an evil villain trying to take over the throne, a hapless journalist going undercover to discover the princess' true identity. It's never going to be deep and moving, but it is an enjoyable bit of escapism which makes a nice change.

Blakeley is the sort of loveable character who can do no wrong. She has plenty of friends, she's pretty, outgoing, happy in herself, secure in her home life and she's a genuinely nice person. Is it too rude to yawn now? Okay, I'll suppress it. Like I said, I've been reading a lot of NA lately, and the contrast between the tortured, messed-up souls that reside in the pages of NA books, and the fluffy, happy-go-lucky characters of Hush, is hard to accept. I did enjoy Hush, honestly I did, I'm just finding it hard to write about. It's a light, fun romp, pleasant to read. It's well-paced, has a good flow, the characters interact well with one another. It's not going to set the world alight, it's not going to pull you in an make you get all emotionally attached, but that's okay. It is what it is.

I do question slightly the age range Hush is aimed at. Blakeley is 17, suggesting the older end of the YA market, but the book reads like something written for younger readers, so it's a bit confusing in that respect. The content is certainly suitable for younger YA readers - there is some kissing but not much more of a sexual nature, and I don't recall any swearing. The whole princess thing would certainly appeal to a younger reader, so I think that is who I would recommend it for. If you're a 15 year-old girl who goes to boarding school and has an interest in European royalty, Hush is just about perfect for you!
Posted by bobbie killip at 10:37