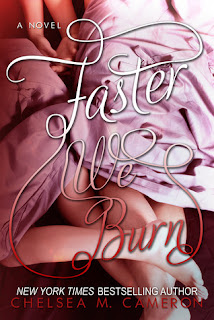 Published by: DRC Publishing (All Night Reads)
Release date: 20th April 2013
Series: Fall and Rise #2
I got it from: Review copy from author via GR

Goodreads summary:
Katie Hallman is done with douchebags. Done with guys who treat her like crap and leave her broken. But then Stryker Grant is there anyway. With his numerous piercings and bleached hair, he’s the polar opposite of all of her past relationships, which makes him the perfect candidate.

At first, Katie just sees him as a physical escape from her previous rocky relationship, and Stryker doesn’t seem to mind just being a distraction from Katie’s problems. But soon he’s getting under her skin, peeling back layers she’d rather keep covered. She tries to make it clear that she doesn’t want a relationship, but keeps breaking her own rules.

Then a tragedy sends Katie into the only arms who are there to catch her, and she’ll realize that she needs him more than she ever thought possible. But is she ready to let herself trust another guy with her already-battered heart? Or will she push him away to protect herself from getting hurt again?

My review:
Another great read from Chelsea M Cameron. As a companion book to Deeper We Fall (see my review here), this is a wonderful story. Starting sometime during the events of Deeper We Fall, we follow Katie and Stryker, with their unlikely and eventful relationship. On the surface, these two couldn't be more different. Katie is a girlie girl, with an obsession with the colour pink, while Stryker is tattooed and pierced and plays random instruments. This is a story about smashing assumptions based on appearance though, and these two are not what they seem.

Katie may seem like the typical cheerleader type, but if you've already read Deeper We Fall (and I suggest you do so before you start Faster We Burn), you'll know that there's more to Katie than that. The very fact that she and Lottie have become friends shows us that she has more depth than previously suspected. Actually though, there's more than two sides to Katie. There's the pink girly girl, the girl who has Law & Order marathons with her roommate, and then there's the side that she keeps carefully hidden - the one who hasn't ever known what she wants to do with her life, who secretly loves singing and who sleeps with guys when she's avoiding an issue or decision.

Stryker is a bit of a walking contradiction. With his bleached hair, tattoos and piercings he's well aware of the image he portrays. Definitely not the type of boy you take home to meet your mother. He comes from a very broken home and has done his share of bad things. But behind all the ink and metal lies an impossibly nice guy. He's very intelligent, artistic and sensitive. He's cared for his sister Trish for years, and when he sees Katie getting mauled by the repulsive Zack he wants to care for her, too.

What neither of them were expecting is the crazy chemistry that comes up between them. Katie kisses Stryker 'because she's never kissed a guy with a lip ring', but one kiss turns into something way more and both end up out of their depth. In true NA style, this is a book about falling in love, even though it's the last thing the characters want or expect. It's a common thing to fight against the feeling of falling for someone when you're young - you don't want to be tied into a commitment, it's scary and unknown and you might get hurt. Few people have ever fought as hard as Katie though.

Because FWB starts part-way through DWF, we already know about some of the events, but this time we're seeing them from a different perspective. It's nice to see Lottie and Zan's relationship progress too. Katie and Stryker are a very different kind of couple from Lottie and Zan. Neither of them is into commitment - it's a purely physical thing... for a while. The thing is though, these two are more alike than they know. The way Cameron has written them is perfect - their 'voices' are very similar, but not in a 'written by the same author' way - it's more of a kindred souls thing.

One slightly strange aspect of the book is that it kind of feels like it carries on beyond the end. There's a point at which the story could easily end in some ways, but not everything has been wrapped up, so it carries on. We're left with a feeling of priveledge that we get to read on, but it's also a weird feeling when it does actually end.

I just hope Cameron is planning to write Audrey and Trish's stories next, because I really need to know what's going on with those two!
Posted by bobbie killip at 08:00