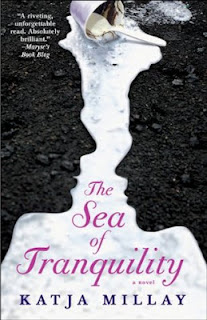 Published by: Atria Books
Release date: 13th November 2012
Series: n/a
I got it from: NetGalley
Quote:
"I live in a world without magic or miracles. A place where there are no clairvoyants or shapeshifters, no angels or superhuman boys to save you. A place where people die and music disintegrates and things suck."

Goodreads summary:
Former piano prodigy Nastya Kashnikov wants two things: to get through high school without anyone learning about her past and to make the boy who took everything from her—her identity, her spirit, her will to live—pay.

Josh Bennett’s story is no secret: every person he loves has been taken from his life until, at seventeen years old, there is no one left. Now all he wants is be left alone and people allow it because when your name is synonymous with death, everyone tends to give you your space.

Everyone except Nastya, the mysterious new girl at school who starts showing up and won’t go away until she’s insinuated herself into every aspect of his life. But the more he gets to know her, the more of an enigma she becomes. As their relationship intensifies and the unanswered questions begin to pile up, he starts to wonder if he will ever learn the secrets she’s been hiding—or if he even wants to.

My review:
I read some of the gushing reviews on GR before I started reading this book, which is unusual for me as I like to come to a new read unbiased by others' opinions. But for whatever reason, I caught sight of a few reviews and thought, I really need to read this book now. For a while, I was nonplussed. I didn't see what all the fuss was about. But then I started to get it - The Sea of Tranquility is a slow-burner. It's like the literary equivalent of an old black and white film. It starts out slow, much like the relationship between Nastya and Josh. And without us realising it, it pulls us in bit by bit, until we couldn't let go if we tried, but we're not going to even try because it would be like torture.

The feeling you get reading this book is an exact echo of Josh falling for Nastya. At first it's just a bit confusing - you don't know why certain things are being said, or not said, as is often more to the point. But for some reason you persist because you can't help feeling that there's something important to be discovered just out of reach. Then before you know it, you need it more than you want to admit to. You don't want to put it down, because you're enthralled by it, and even when it breaks your heart you want nothing more than for it to come back to you and make everything alright again.

I love the reversal of roles here - rather than the good girl/bad boy popular New Adult formula instead we have Josh, who is as good as it is possible to be, even if he is broken and doesn't let anyone see his goodness. Then we have Nastya, who wants to be bad and wants everyone to see her as bad, even though she is really just lost. You just know that two such broken people should never work. You need one strong, whole person to support and fix a broken person. Or do you? Because the only person who can ever really understand is one who is just as broken as you are. So even if it means that the path will be a lot bumpier, maybe two broken people are best for each other after all.

I was reminded of two other books while reading - Speechless by Hannah Harrington, because it's not that often you come across someone who is voluntarily mute so it's impossible not to make the connection. The other book is Along for the Ride by Sarah Dessen, in which our protagonist has a secret nighttime relationship with a broken boy who's best friend died. Ring any bells? The good thing is, those two books are both brilliant YA books. And while I was reminded of them, it wasn't because The Sea of Tranquility is the same or a rip off in any way, it's just because there are similar situations, and it's interesting to compare different characters' take on them.
Posted by bobbie killip at 08:00