Review: Breathe for Me by Rhonda Helms 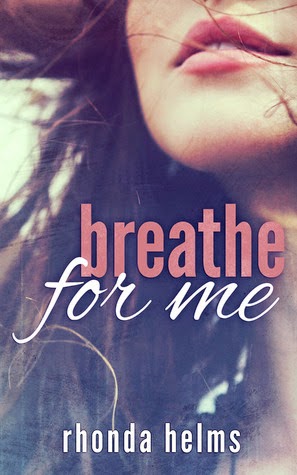 Published by: Spencer Hill Press
Release date: 5th August 2014
Series: n/a
I got it from: NetGalley
Goodreads summary:
Isabel’s been cursed since the Middle Ages.

Desperate to escape an arranged marriage, she made a hasty bargain with a demon, asking for liberation from an oppressive husband-to-be and the excitement of travel. But the demon’s “gift” came at a steep cost. Each time he moves her to a new city, her memory’s wiped. No one can touch her bare skin without injury or even death. And she sees the lifespan of every living being (and is, in fact, immortal herself).

All a constant reminder that she’s different than other teen girls.

But New Orleans seems to accept her as she is. She has friends and a real life in this quirky, hot city. Then Isabel meets Dominic, whose deep soul and strong character draw her to him. Her growing love gives her the courage to confront the demon, insisting the curse be broken. But the demon’s price for freedom is much, much higher than she could possibly give.

My review:
Original and alluring, Breathe for Me is a welcome addition to the paranormal romance genre. We meet Isabel at a point when she is centuries old, yet still a teenager. She has lived many different lives, yet she remembers none of them. Such is her curse. Bound to a demon, unable to touch other humans, she has to stay removed from society. She gets to see the world, but what use is that when her memory is wiped each time she moves to a new place? But now she's in New Orleans, and the place speaks to her in a way no other has.

New Orleans makes Isabel want to be normal, to be a part of society instead of standing on the edge looking in. So she goes to school. She covers her skin, makes up an excuse of a rare illness to explain her inability to touch anyone, puts up with being labelled a freak, all so that she can fulfill her yearning to interact with other humans. She even manages to make friends. Then along comes Dominic.

Isabel's kiss is deadly, but that's never mattered before, as she's never wanted to kiss anyone before. But that was before she got to know Dominic. Dominic is an old soul. One of those dark, poetic types that certain girls are drawn to. He and Isabel bond over a love of history and English, and a sweet, innocent romance blossoms.

Helms weaves an addictive story, her characters full of realism and her New Orleans ripe with heat and magic. She is clever in her imagination, and the curse she has created, and its demon, are an intriguing basis for a very good story. Some younger readers might find the pace of Breathe for Me a little slow, as it's not all action and instant gratification like some YA books, but for me it works very well. The story builds with interesting twists, intertwined with a delightful romance. You have another fan, Ms Helms, and now I want to hear the demon's story, if you'd be so kind as to oblige!
Posted by bobbie killip at 10:39